I recently made a short trip to Brussels with no expectations of what to find there bar a few landmark buildings. I didn't do a lot of research for this trip and was pleasantly surprised with what I found.

Brussels is a beautiful city with a mix of old and new buildings, wide pedestrian streets, lots of parks and great food and drink. It is a city that is rich in cultural diversity and a city that has great photographic potential.

Over the three days there I took total of 966 photos, mostly while walking around the city, with a few photos shot on a tripod. 966 photos seems like a lot in three days, but the number is testament to the rich variety of photography subjects there and my trigger-happy sensibility. I generally shoot a lot anyway when in a new location and a city like Brussels offer so much for the street photographer that it is hard to put the camera down. 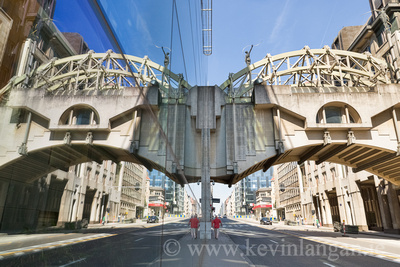 I am relatively new to street photography and have grown to love it over the last couple of years. I love the experience of that it has to offer; the thrill of capturing a moment on the street that will never be repeated again. The main skill in street photography is anticipation. You have to be alert to possible photographic situations and position yourself at the right angle to get the shot. You also have to be primed and ready with your camera. In street photography you have to shoot at high shutter speeds to freeze the action in front of the lens. In bright mid-day light shooting at high shutter speeds is not a problem, it's when the light drops that the problem’s arise. Normally during the day I have my ISO set between 200-400; aperture on average is f/8, and I like my shutter speeds not to drop below 1/500's. As it gets darker it's a compromise between image quality and shutter speed. If I was to leave my aperture set to f/8 and my ISO set between 200-400, my shutter speed would drop as the light dropped. To counteract this I may open the lens a couple of stops and up the ISO to 800 and if necessary to 1000 or more. The downside of increasing the ISO is loss of image quality, but its best to get a sharp grainy image than a blurry less grainy one.

Primed and ready with my 5D III, I hit the streets of Brussels ready to shoot anything that caught my eye. Walking along Boulevard Adolphe Max towards the city, I entered the new pedestrian zone in the city centre. This development has only been implemented since June, so my timing was good to visit the city. The area covers 50 hectares and is one of the largest pedestrian zones in Europe. It was designed to encourage kid's and adults to spend more time outdoors doing activities. They have ping-pong tables, giant chess sets, boules pits, a skateboarding park, badminton nets and many more recreation activities for the public. They also have large pallet assemblages for people to climb and to sit on. The great thing about a public area like this is that it attracts all kinds of people and they all in one place. I spent some time in this area photographing the various activities and people of interest. I was even treated to some beautiful gospel singing from a group of young black people. Apart from their impressive singing, they were beautifully dressed and made great subjects for me to photograph. 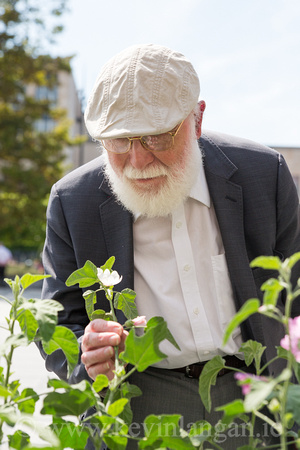 Grand Place in the centre of Brussels is also an excellent place for street and architecture photography. It was packed each day I was there with tourists from all over the world. The selfie stick was out in force with a lot of the tourists, a phenomenon that has really taken hold in the last year or so. The square itself is surrounded by beautiful Gothic and Baroque buildings dating from the 17th c. It is a UNESCO World Heritage Site and a site that is steeped in history. I was particularly struck by the Breadhouse building, currently the Museum of the City of Brussels, with its eerie looking facade. The building itself holds the history and folklore of the city and it also holds all the costumes for the Mannekin Pis, the famous little statue of a boy going for a pee in Brussels. 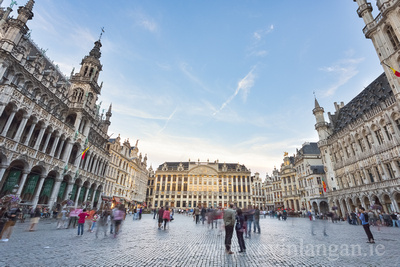 On my final day in Brussels I visited the Atomium. The Atomium was built for the 1958 World Fair. It was designed by the engineer André Waterkeyn and architects André and Jean Polak, and  it stands 102 m tall. This architectural marvel is like no other I have seen. With its nine intersecting reflective sphere, it looks more like a spaceship than a building. The day I visited the Automium it was particularly nice and sunny, which added to the reflective nature of the spheres, and made for great photography. 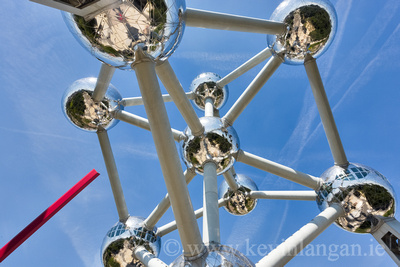 This was my first visit to Brussels and I must admit I enjoyed the experience. The city itself is beautiful and pedestrian friendly and it is a joy to walk around in. If you are into street and architecture photography you are in for a treat, with a great mix of cultures and a good mix of old and new architecture of merit.

Finally I would like to recommend the MaxHotel on boulevard Adolphe Max where I stayed for three days. This is a self-service hotel that doesn't have a front desk or a breakfast room, but it is in a great location and is very comfortable and cheap. For three nights board I payed €153 including the city tax. So if you want a no frills place to stay, thats is centrally located and comfortable, well then this is the place for you.